Born in 1974. Teaches History and Swedish at an upper secondary school in Stockholm. Author of the Harry Kvist thrillers, described as gritty, historical, queer noir fiction with a unique Swedish flavour. Available, or soon to come, in Australia, France, Italy, New Zealand, Norway, Denmark, Poland, Sweden and the United Kingdom.

The first installment Clinch was released in 2015. Out for the Count is due 2016 and the finishing part Slugger 2017. Contributor to the anthology of short stories Stockholm Noir.

New trilogy for all Stockholm fans

Kvisten, a former boxer and the prime suspect in a murder case, is frantically scouring the seediest backstreets of Stockholm, looking for the one person who can save him.

Clinch is the first instalment in a new thriller trilogy, set in 1932 in a Stockholm in the grip of a deep winter and economic depression. The Kvisten books give Stockholm fans everywhere an authentic tour of the Swedish capital, from the filthy streets of the poor quarter known as The Bog, to the exclusive nightclubs of ritzy Östermalm, a tour that ends next to a reeking latrine bucket in an unlit, dank holding cell at Police HQ on Kungsholmen.

Author Martin Holmén is a history teacher by trade and has spent three years researching the Stockholm milieus so vividly and accurately portrayed in Clinch.

The book is set in Stockholm 1932. What made you choose that particular time and place?
I wanted to write a classic, hardboiled crime novel and picked my time period accordingly. In 1932, Sweden seemed to teeter on the brink. With one foot in modernity, the nation fell victim to the Great Depression and had to grapple with the Kreuger crash. Throughout society, polarisation was on the rise and the smell of desperation was growing stronger. It’s the perfect setting.

What role does your background as an historian play?
It made the work of researching source material easier. In a way, researchers and private eyes have similar job descriptions. You could, for instance, be looking for a specific street setting in 1932 and then you glimpse a clue in a newspaper article, which in turn leads you to a photograph or a novel and from that you start putting the pieces together. Fortunately, these days a lot of the source material has been digitised so unlike my protagonist I don’t have to spend dreary November nights outdoors, sleuthing.

What inspired you to write a thriller trilogy in the modern noir tradition?
I’m easily bored and always find myself dramatizing the everyday in my head for entertainment. I always wanted to write a book one day and when the opportunity presented itself I got rid of my TV, quit Facebook and set to work. Old American crime novels and pulp fiction have always been my favourites within the genre and I love the old black-and-white films too. I was curious to see if that tradition could be transposed into a Swedish context. The project has been both an homage and a game for me.

How did you develop your main character, former boxer Kvisten?
I’m profoundly tired of overly plot-driven crime novels and spent a lot of time on the character Kvist. In a way he is a classic macho antihero, silent, determined and tough, but I wanted to give him more layers and play with our notions of masculinity. I also wanted to explain the violence in him by showing where he came from.

In the book, his boxing skills come in very handy, are you interested in boxing yourself?
Sure, though I prefer watching to doing. I’ve done some kickboxing and Thai boxing but only as a form of exercise; I’m probably more suited to deskwork. These days, though, I have an old sandbag in my living room that I can vent my frustration on when the words won’t come.

How far into the Kvist trilogy are you; when is the next book out?
The second instalment, Out for the Count, is currently being edited and will be published in the autumn of 2016. I’ve written about a quarter of Slugger, which will complete the trilogy in the autumn of 2017.

Delving into 1930s Stockholm, can you see any parallels with our own time?
Of course there are parallels. Vulnerable groups in society are coming under increased pressure, right-wing populism is spreading like never before and social discord seems to be growing ever more intense. The smell of desperation is becoming noticeable once more.

In 1932, homosexual acts were banned by law. How important was it for you to let part of the plot of Clinch revolve around paragraph 18, or “the gay paragraph” as it was known among the police?
It was important, both in order to explain the main character, Kvist, and to propel the plot. When morality and legislation are equated and large groups of people are criminalised, state-sanctioned stigma relegates those groups to a lawless vacuum. That is highly counterproductive for a society but provides great fodder for a crime writer.

An ultra-gritty piece of contemporary Swedish noir, set in a decrepit, highly atmospheric 1930s Stockholm that is a far cry from the modern, egalitarian capital city of today.

The writing's on the wall for Harry Kvist. Once a notorious boxer, he now spends his days drinking, and his nights chasing debts amongst the pimps, prostitutes and petty thieves of 1930s Stockholm. When women can't satisfy him, men can. But one biting winter's night he pays a threatening visit to a debtor named Zetterberg, and when the man is found dead shortly afterwards, all eyes are on Kvist.

Determined to avoid yet another stint in prison, Kvist sets out to track down the only person who can clear his name. His hunt will lead him from the city's slums, gangster hideouts and gambling dens to its most opulent hotels and elite nightclubs. It will bring him face to face with bootleggers and whores, aristocrats and murderers. It will be the biggest fight of his life.

Blending noir with gritty violence, Clinch is a visceral, compulsive thriller that packs a punch and leaves you reeling. 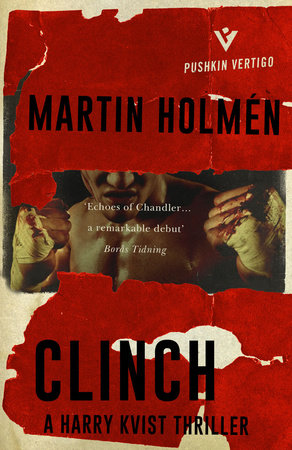 Down for the Count

November, 1935. Harry Kvist walks out the gates of Langholmen jail into another biting Stockholm winter. He has nothing to his name but a fiercely burning hope: that he can begin a new life with the lover he met in his cell. That he can leave behind his old existence of gutter brawls, bruised fists and broken bones. That he can finally go straight.

But the city has other ideas. Nazis are spreading their poison on the freezing streets, and one of Kvist’s oldest friends has been murdered. Before he can leave Stockholm’s underworld for good, he must track down the killer. As Kvist uncovers a trail of blood leading to the highest echelons of Swedish society, the former boxer finds himself in a fight to the death with his most dangerous opponent yet. 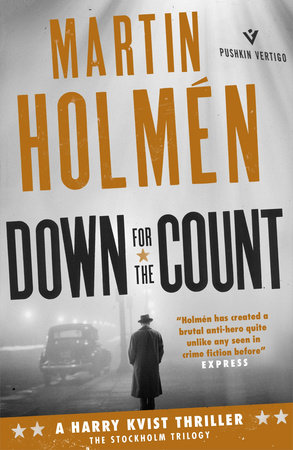 Stockholm, 1936. Harry Kvist, a bisexual ex-boxer now playing his trade as a debt collector, is bitter, angry and more alone than he has ever been. When his friend, Father Gabrielsson, is found brutally murdered by the altar Katarina Church, it doesn't look as if the police are interested in finding the culprit. So Kvist decides to do it himself. As he investigates he uncovers a trail leading all the way to Nazi Germany where fascists are plotting a takeover in Sweden. But does Kvist have the strength to go to the final round with them on his own? 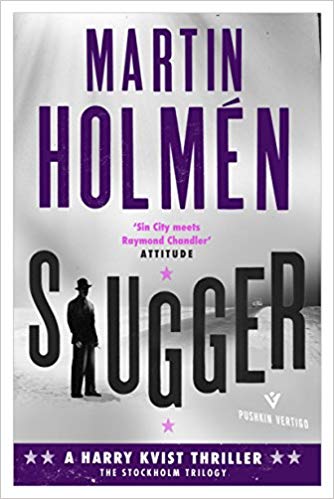 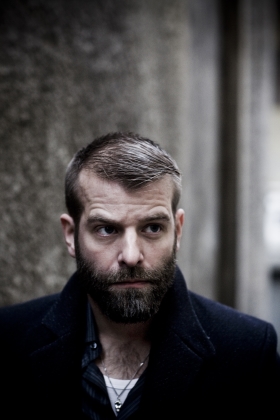 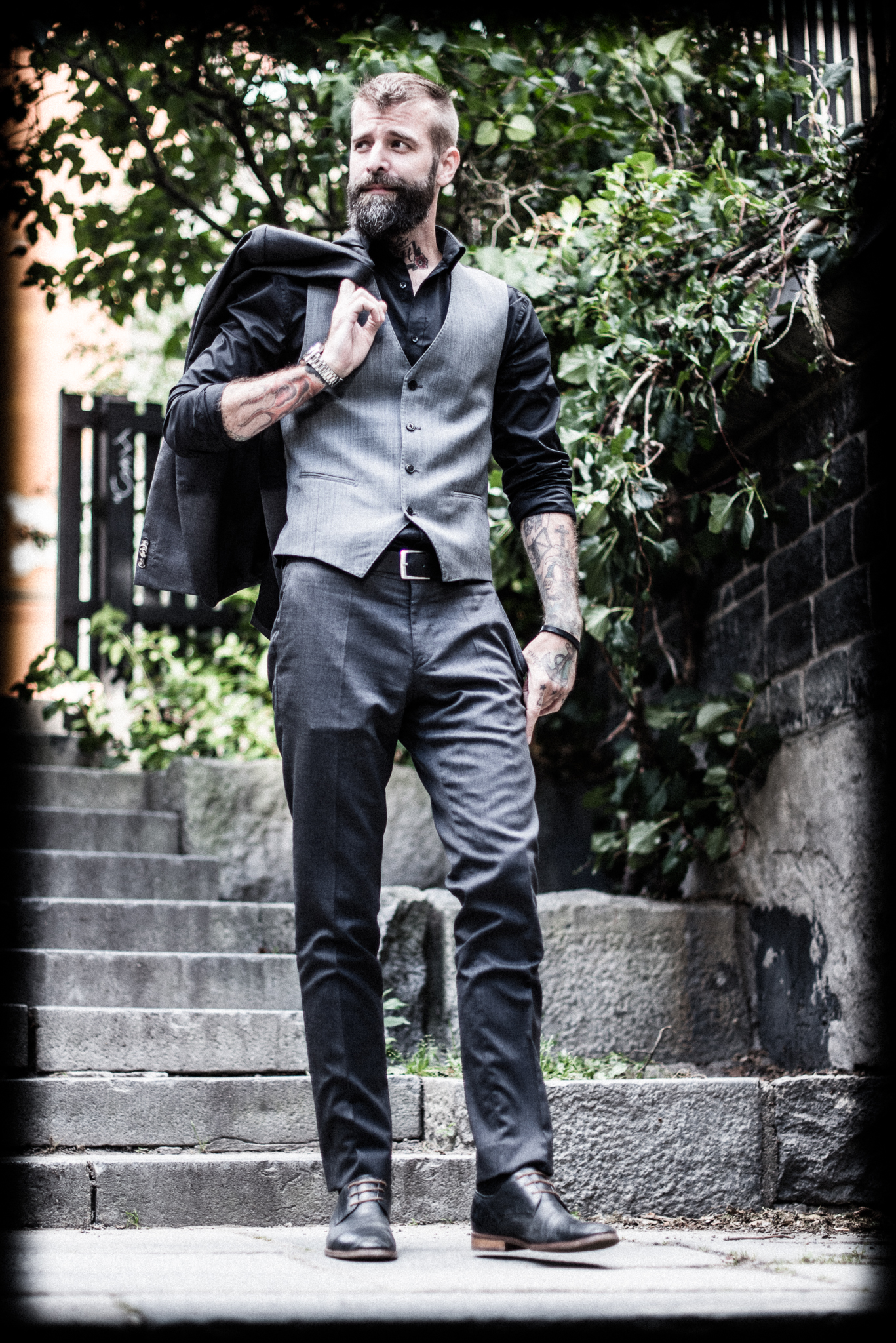 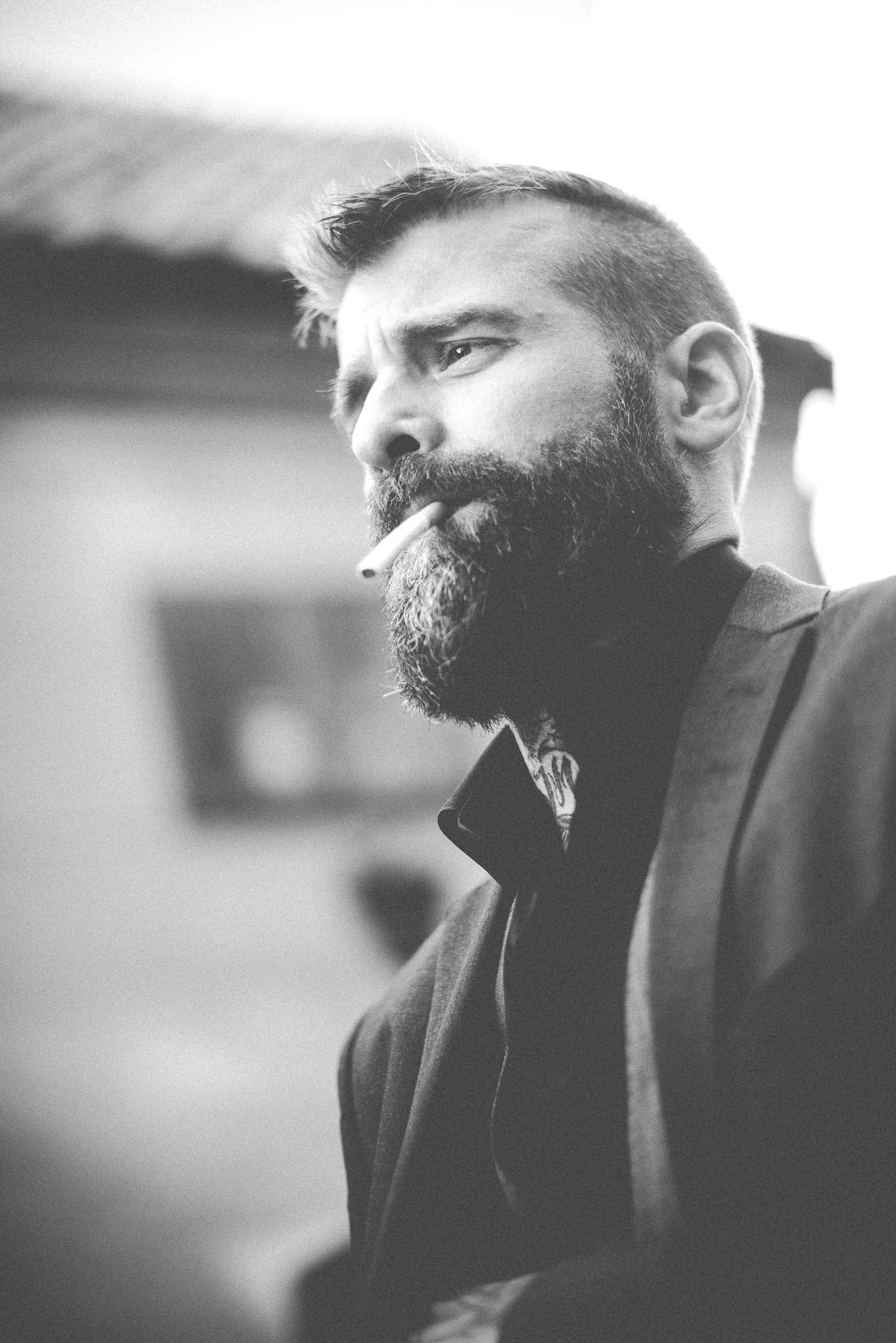